After FDIM and spending some time visiting my daughter, I came back and thought about some of the on-going projects.  At FDIM I had a chance to spend some time talking with Farhan, discussing my latest version of SNA, and his Antuino.  While they are very similar, I decided to change my design to use his basic circuit with a few changes.  I did a board layout and now have  5 boards coming from China, on the slow boat.

While waiting I have  been re-thinking how to buid a Spectrum Analyzer, to make it  simpler but still have the features I want.  After doing a lot of reading  blogs, web-pages and old magazine articles, it became apparent that I will have to use a 1st. IF frequency much higher than I had originally thought.  The major problem with this is that I do not have any test equipment that will work up to several hundred MHz.

About that time I received an e-mail ad about a small hand held VNA that covers from 50 KHz. to 900 MHz.  and costs around $60.
I did some looking around and found some information on-line about the original design and some of the clones that were being built.  It is known as the NanoVNA and I found the nanovna_users  group just starting on Groups.io.  Since the first ad I had was for a pre-order, it took about 3 weeks to get my unit.  After it arrived, I was surprised with how small the unit was, even with its built in display.  My unit came without a battery, but you can run it off the supplied USB C cable supplied.  It has provisions for adding a 3.7 volt Lithium battery, and has charging circuitry built in.  I ordered an appropriate battery, and gave everything  a try.  I was happy with the way it worked as stand alone and also with the PC software that is available for the unit. 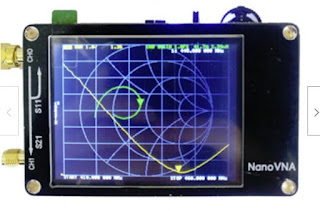 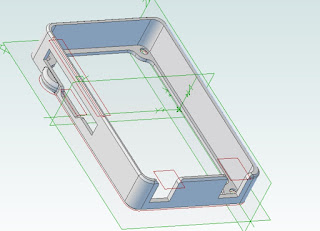 The battery I ordered was just a little too large to fit inside the unit as designed.  But since the design basically just has a top and bottom cover with the sides open, I had already deiced  to design and print a case to completely enclose the unit.  I made the case just a little larger to provide room for the battery and added some protection on the side of the case for the small switch used to control the device along with its touch screen. 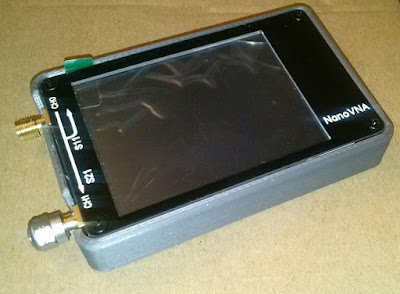 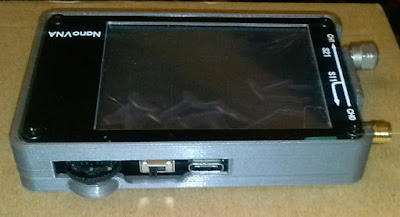 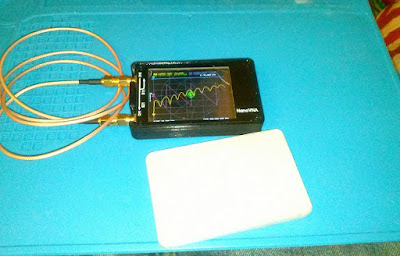 Only problem I have had was because of its small size.  I ended up knocking it off my desk and cracking the display.  Everything still works, so I decided to print a protective cover for when I am not using it 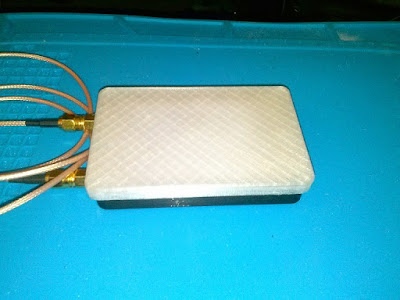 I put the .stl files for the case, cover and a sun shield in the following dropbox folder